In recognition of Immigrant Heritage Month, I was honored to participate in a number of policy discussions, strategy briefings and political engagements focused on harnessing the enthusiasm and energy of diverse ethnic and immigrant populations from across the US.

A combination of policy and politically driven events at the White House, US Senate and Democratic National Committee gave participants from 30 different Diaspora groups an opportunity  to meet one another, learn from each other and prove once again that we are stronger together.

At a time when our nation continues to mourn the loss of at least 49 innocent lives, it seemed especially meaningful to be having these conversations. While it went largely unsaid, there was no doubt that the question as to why the Orlando tragedy occurred weighed heavily on everyone’s mind. We didn’t debate gun control, religious liberty, equality, or any of the other underlying factors that may have led a deranged murder to commit such a heinous act. Instead we discussed how we could best engage diverse immigrant communities, and make sure that every individual within our nation’s borders has the opportunity to benefit from the ideals our forefathers laid out in the Declaration of Independence.

Through these events I met with individuals who identified as Greek, Pakistani, Ukrainian, Arab, African, Asian, Macedonian, Irish (of course), and many others, but for all it was the American portion of their ethnicity that shined the brightest. All shared a common love of their heritage and an equally strong desire to strengthen their communities by building a stronger America.

As our time together came to an end, I left with a satisfaction that while many issues related to our nation’s rich diversity remain unsolved, new relationships exist to continue to push us all in the right direction. Diversity is and will continue to be one of our nation’s greatest strengths, and through open dialogue and civil discourse we can harness the energy that comes from it to lift up all Americans. That’s what will continue to make America great.

END_OF_DOCUMENT_TOKEN_TO_BE_REPLACED

Find a politician that doesn’t want their picture taken with firefighters in full turnout gear, shiny truck and new equipment in the background. You can’t, can you?

We are proud to work with the men and women of the NJ FMBA, and other public safety unions, not just because of their unyielding commitment to keeping their communities safe, but because of their courage to stand up and speak the truth. 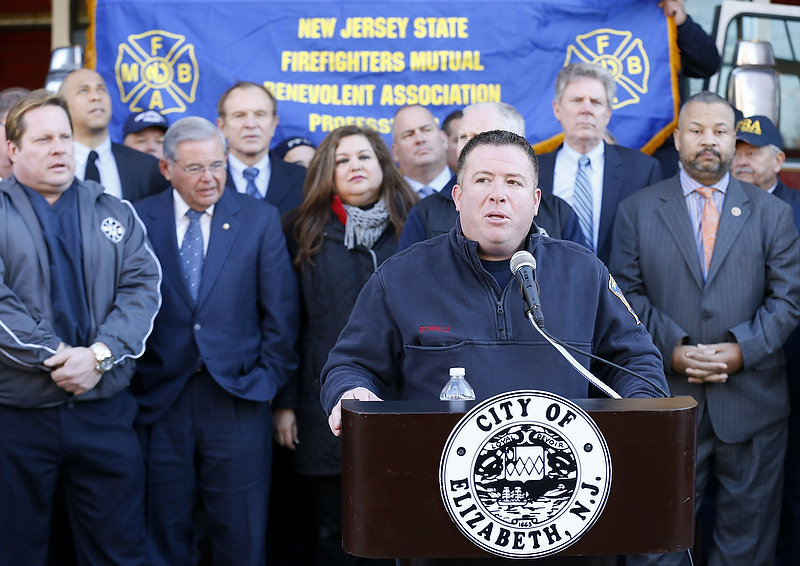 END_OF_DOCUMENT_TOKEN_TO_BE_REPLACED

Kicking Off the 2016 Belfast Homecoming

Earlier today I had the pleasure of participating in and speaking at the kick-off of the 2016 Belfast Homecoming, of which I am proud to serve as an Honorary Chair, at the Irish Consulate in New York City.

Scheduled for October 12-14, this third annual event will be another opportunity for business, political and community leaders from the US and Belfast to come together to continue building peace and prosperity throughout Northern Ireland by establishing meaningful relationships that extend across the Atlantic Ocean.

The host of the Belfast Homecoming, Mairtin O’Muilleoir, perhaps Belfast’s most vocal cheerleader, one who has consistently backed up his talk with action, welcomed the crowd with his usual mixture of wit and charm, while simultaneously delivering a sobering reminder that to ensure continued peace, and further reconciliation, none of that care about Ireland, North or South, can let our foot off the gas pedal.

The text of my comments follows:

Consul General Jones, thank you again for hosting us this morning. None of our efforts to engage the Irish Diaspora, to make a difference in the Irish and Irish American communities we represent, would be possible without the support and enthusiasm of you and your team.

It’s a pleasure to join with all of you to kick off the 2016 Belfast Homecoming. I am grateful for the opportunity over the past several years to have been a part of an event that has played such an important role in creating real ties, economic, artistic, and perhaps most importantly, social, between business, political and communities leaders in both the US and Northern Ireland.

It’s an honor for me to stand in front of a room of such great leaders of the Global Irish community, Shaun Kelly, John Reilly, Andrea Haughian, and so many others, that have made their mark at the highest levels of their industries, and done so much to help build bridges helping to bring peace, reconciliation and prosperity across the entire island of Ireland.

I am also incredibly proud to share speaking duties with two great statesmen, a term we don’t throw around lightly, but one that certainly applies to our good friend Mairtin and Comptroller Tom DiNapoli.

The energy and commitment of Mairtin is awe inspiring. His command of the issues, ability, and more importantly desire, to communicate positively with anyone, regardless of their political views, and sheer determination to effect positive change is second to none.

I said in a tweet this week that if someone were to write a case study on making government work, and getting things done, they need look no further than Mairtin.

Mairtin, thank you for letting us all be part of your efforts.

And now to our featured speaker, a man who by title, record or reputation is no stranger to any of us. His life in public service started at just 18 years old when he was elected to his local Board of Education, and would go on to include a stellar twenty year record in the New York State Assembly representing northwestern Nassau County.

Since 2007, Mr. DiNapoli has held one of the highest, and some might say most important, political offices in the State of New York. As Comptroller, he is responsible for overseeing the spending practices of all New York State Agencies, reviewing the State, as well as New York City’s, budgets, and approving billions in state contracts and spending.

Comptroller DiNapoli’s efforts to root our wasteful spending and misuse of public dollars has earned him the respect and admiration of lawmakers, at least those that follow the rules, good government organizations, and most importantly, the voters who have reelected him twice, and in 2014 gave Tom more votes than any other statewide candidate.

I came across the river from New Jersey this morning where we have a governor who has seemingly vowed to destroy the pensions of public workers, taking away retirement security from heroes, like our friend Sheriff Leo McGuire, who committed their lives to protecting others.

Thankfully for New York, Comptroller DiNapoli has a different strategy. He has worked tirelessly to strengthen this state’s $184 billion pension system.

It is here too where he has made his greatest impact on Northern Ireland. Not only has he spoken out about continued peace and equality, he has invested in it, with both dollars and his time.

In 2014 Comptroller DiNapoli oversaw the largest ever single investment in a Northern Ireland equity fund when he place $15 million with Crescent Capital of Belfast.

Later that year he “walked the walk” so to speak when he spent a week in Belfast and Derry meeting community groups, political leaders, and residents, all with an eye towards further investment in an even stronger future.

His name may be misleading, but he is truly a member of the Global Irish family. It is my honor to introduce to you New York State Comptroller Tom DiNapoli.

END_OF_DOCUMENT_TOKEN_TO_BE_REPLACED

His Record Speaks for Itself

New Jersey Governor Chris Christie has often spoken about his support for firefighters, police officers, and others that put themselves at risk to keep our communities safe. Despite what he may say from behind a podium, or while holding court at one of his well orchestrated town hall meetings, his record speaks for itself.

Earlier this week, Eddie Donnelly, President, NJFMBA, wrote a letter to career firefighters across the US issuing a warning of what a Christie White House might look like for them, their families, their health and their retirement security.

We are proud to work with clients that are willing to speak out, while maintaining civility, and stand up for their members against anyone that threatens them harm.

You can take a look at the letter by clicking here.

END_OF_DOCUMENT_TOKEN_TO_BE_REPLACED

This Is No Time For Silence

Unfortunately, nearly 50 years after his death, there are still those that seek not to strengthen communities through unity, but to divide them through hate, anger and fear.

This intolerance in Bayonne is disappointing, and not reflective of the community we have been proud to work in for the past several years. We are glad to see many, led by students, standing up and making their voices heard.

Diversity is one of Bayonne’s great strengths, and we agree with Mayor Davis 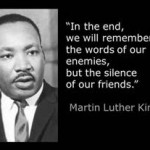 that “whether it’s skin color, religious beliefs, political ideology or anything else that makes us different, much more important is our shared desire for stronger communities that unites us.”

Dr King taught us that “In the end, we will remember not the words of our enemies, but the silence of our friends,” and with this in mind we are hopeful that Bayonne residents will stand up, not necessarily in support of the project being considered, but against those whose opposition to it is rooted in bigotry and prejudice.