The selfless private and professional life of a New Jersey firefighter

For the month of March (also known as Irish American Heritage Month) IrishCentral is tapping into the heartbeat of the Irish American community. The Unsung Heroes series features inspiring individuals from across the US who do extraordinary work in their communities and respective fields. From advocates to artists, from local legends to dedicated educators; from a high school baseball team to dynamo nuns in their 80s, these people are making a difference and to them we tip our hats in thanks.

As proud to put on the uniform as his brothers Brian and Sean and his uncle Bobby were before him, Kyle Hughes (40), a professional firefighter in Paterson, NJ grew up learning that the Irish have a gift for storytelling. Early in life he decided that his story would be one told not just by words but through action. This trait, he believes, is representative of an Irish people dedicated to public service.

This principle has guided Hughes from his days growing up in New Jersey and continues to be a mainstay in the way he conducts himself both within the walls of the Paterson Fire Department Headquarters and as a private citizen.

Not satisfied to simply go to work and do his job, Kyle has put in countless hours on behalf of his fellow firefighters to represent them at both the local and statewide level as a member of their union. Between his duties as a Northern District Vice President in the New Jersey Firefighter’s Mutual Benevolent Association and answering regular fire emergency calls, Hughes leads a busy, yet fulfilling daily life. To him, it is both a matter of responsibility and obligation. At the same time, the opportunity as a member of a larger community to organize toy drives, to feed the hungry, to personally go to schools and read to children fulfills an inherent drive in him to give back to others in the Irish way.

What, then, is the Irish way? The Irish have an unspoken family bond, according to Hughes, that gives them a rooted strength and an appreciation of unity. While it may be the Irish way to keep a few secrets close to the chest, it isn’t surprising to see the Irish excel in the roles of public servants, politicians, and actors.

Kyle has also spent a lifetime celebrating the Irish gift of storytelling in a more traditional way. As a young man involved in his high school’s Drama Club, Hughes took a passion for acting into his adult life. Inspired by Irish and Irish-American actors and playwrights such as Gabriel Byrne, Edward Burns, and John Patrick Shanley, and learning from acting instructors such as Maggie Flanigan, Hughes has already acted in TV series and written his own screenplay.

Kyle Hughes is not done. In a life already full of vibrant accomplishments, Hughes aspires to open a foundation for foster children in honor of his late father, who didn’t reveal until late in his own life that he himself had been raised by a foster family. There is little doubt that it will be done. 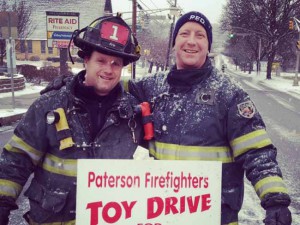