Home/Uncategorized/Stopping the “Hurting” in Dallas

Stopping the “Hurting” in Dallas 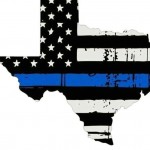 I have no law enforcement experience, therefore it is impossible for me to determine the appropriateness of the actions of law enforcement professionals in Baton Rouge and St. Paul that led to the loss of lives of two armed individuals.

It is however, very clear, that there is no justification for the murder of the five police officers killed as they protected other’s rights to assemble, protest and speak out against what they see as injustices occurring around them.

Today, as I discussed this tragedy with the leadership of the JCPOBA it occurred to me that the words I help craft in response to the murder of police officers are starting to come too easily, eerily routine.

In the wake of these killings, Dallas Police Chief David Brown made an impassioned plea for support from a public that is too often in a rush to pre-judge police related incidents. He asked for an end to the “divisiveness between our police and our citizens.”

Almost as if on cue, politicians are, through pursed lips, quoting the Bible, praising the heroism of those that responded, and marking it as a new opportunity to bring community and law enforcement together. But once the cameras stop rolling, and our collective attention turns to something shinier, what meaningful change will they help bring forward? Their actions to stop the “hurting” Chief Brown described will speak louder than their words ever can.