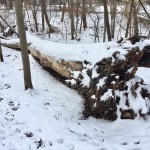 A fellow customer’s lament about a lost friendship that “she doesn’t have Facebook so we’re not in touch” during a recent visit to Starbucks brought some clarity to thoughts that have been rattling around in my head about the value we put, or don’t, on personal relationships in this age of social media. An absence from social media has become the modern equivalent of a tree falling in the woods with no one around. If a relationship doesn’t exist online, does it exist at all?

As I approach the seven year anniversary of launching Lenox Consulting, I realize more than ever that it’s the investment I have made in developing and maintaining meaningful relationships with a wide range of individuals, which has helped me achieve the success I have. More importantly, it’s this focus on continuing to build on already successful relationships, while developing new ones, that will drive the future growth of my startup as I seek to build not just my roster of clients, but the team around me, and, most importantly, a list of references for whom I’ve successfully delivered a range of services related to public affairs and public relations.

I’ll say from the outset, there are few greater proponents of the power of social media than I am. While some have lamented that social media has ruined individual’s ability to build relationships, others have surmised that the ability to network through social media has reached its peak, falling victim to a corporate desire to generate revenues rather than simply be a conduit for connections, whether they be socially or professionally driven. I believe, like any tool or skill we use in business, the power of social media is, and will remain to be, in how it’s wielded.

Strategic use of social media, namely Twitter and LinkedIn, has indeed opened doors for me. These platforms have allowed me to “connect” to people I never would have before, business, political and “thought” leaders from a wide variety of sectors. They’ve helped me meet individuals with similar business interests from around the globe, opening up opportunities that wouldn’t have previously existed to share ideas and best practices. Most importantly, by making the world smaller and putting infinite amounts of information at my fingertips, social media has given me the opportunity to stay up to date on important life events, professional accomplishments, and sometimes recent dining activity, of those I have met over the years, but couldn’t possibly stay in touch with as regularly as these new tools allow.

For me, the question has never been how can I use social media to replace the need to develop personal relationships, but rather, how can I use it to supplement what has worked in the past. What social media has brought any of us that work in relationship driven careers is an ability to develop connections from the comfort of our smart device. In all but the rarest circumstances what it hasn’t allowed for is those connections to turn into business producing relationships. That transition, with a set of rules and tips that I may explore in another post, remains the holy grail of online networking.

Who knows, maybe in this age of AI, IoT, and whatever other acronyms we use to mark our continued transition to an automated society, perhaps opportunities will eventually exist to eliminate the need for face to face interaction. Until then, I encourage that Starbucks customer to pick up the phone, or maybe even (gasp), send a letter!