Home/Uncategorized/His Record Speaks for Itself

His Record Speaks for Itself

New Jersey Governor Chris Christie has often spoken about his support for firefighters, police officers, and others that put themselves at risk to keep our communities safe. Despite what he may say from behind a podium, or while holding court at one of his well orchestrated town hall meetings, his record speaks for itself.

Earlier this week, Eddie Donnelly, President, NJFMBA, wrote a letter to career firefighters across the US issuing a warning of what a Christie White House might look like for them, their families, their health and their retirement security.

We are proud to work with clients that are willing to speak out, while maintaining civility, and stand up for their members against anyone that threatens them harm.

You can take a look at the letter by clicking here. 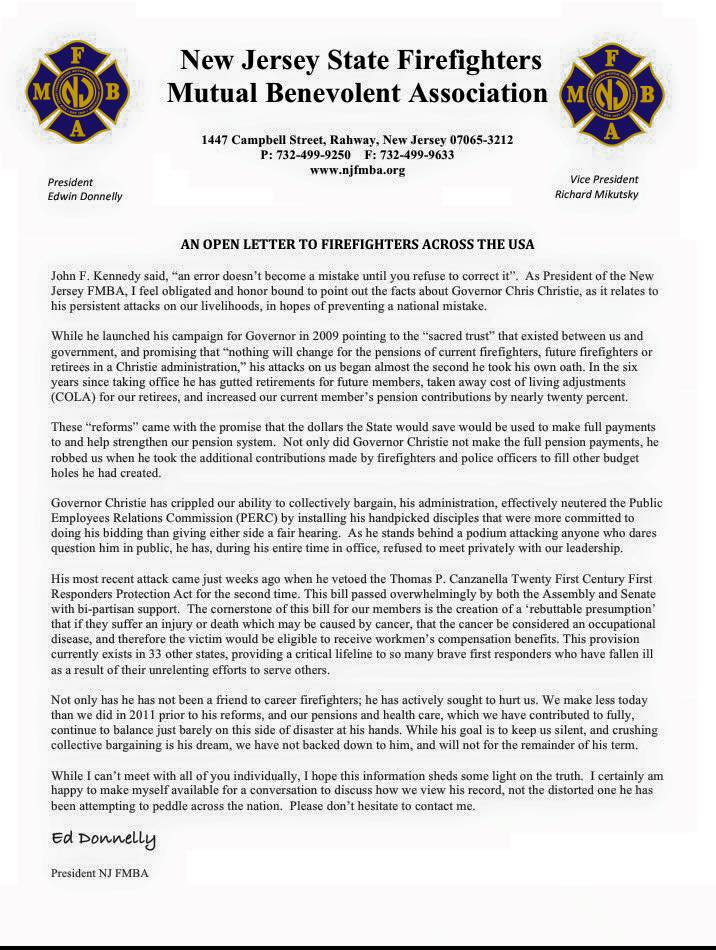