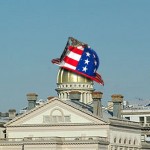 Visiting the New Jersey Statehouse with the New Jersey State FMBA on consecutive session days again reminded me of the out-sized role the union is playing in the lives of their members, both statewide and at the local level. It fills me with pride to be part of such awesome efforts, and to work alongside men and women that risk their lives for others on a daily basis as part of their “real” jobs, while they also go to great lengths to bring about important change that elected officials and politicians have been unable or unwilling to effectuate alone.

Senate Bill 3040, sponsored by Senate President Stephen Sweeney, offers historic changes to the pension system that local firefighters and police officers throughout New Jersey contribute to throughout their careers, and rely on for their retirement security. While the near unanimous, bipartisan, passing of the bill by the Senate Budget and Appropriations Committee, and then unanimous support by the full Senate, is what most intrigued the press, it is the manner in which this legislation came to fruition that really tells the story of what the NJ FMBA does for members, and our state, on a day in and day out basis. 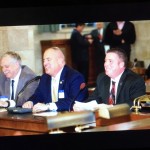 For more than two years the NJ FMBA, led by Eddie Donnelly and Rich Mikutsky, have researched similar policies in other states, educated and involved their members about the benefits of this drastic change, and worked tirelessly to make it a bipartisan effort with buy in from all four unions whose members will go from relatively silent stakeholders in the current system to decision makers in the new one. While the legislative process can be a tricky one, the lack of reasonable opposition to the bill would indicate that it will ultimately land on the Governor’s desk for his signature. True, Governor Christie has been no friend to firefighters or police throughout his tenure, but this proposal, offering greater protections to taxpayers whose dollars help fund these pensions as the local level, and in line with one that a committee he appointed recommended, could well be one of the few positive legacies of his time in the Statehouse.

Through much of the time the NJ FMBA has been developing this plan, they have also played a key role in efforts led by Hamilton Locals 84 and 284 to bring much needed improvement to the way the fire service operates in one of New Jersey’s largest municipalities. Currently divided into nine separate fire districts, each operated under its own statutory authority, this antiquated system leads to disparity not just in taxpayer cost for this critical local service, but also in the ability for firefighters to respond to emergencies, as well as the training and pay they receive. Indeed, not the first time consolidation has been considered in Hamilton, this, with great credit to the Hamilton FMBA, is the first time firefighters, department administration, local and state government, and most importantly, residents, have been at the table together. 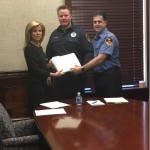 Over the course of about 18 months professional firefighters in Hamilton took their campaign block by block and door to door and voluntarily gathered more than 5,000 signatures from residents. Throughout this process, the only request the firefighters have made is that the decision makers that have the ultimate say in what a reconfigured fire department looks like put politics aside and make decisions based on what will make Hamilton residents, as well as these brave first responders, safer.

Both of these instances show where the inaction of government over the course many years has caused what some derisively term an “interest group” to not simply demand action, but rather to make it happen. As S-3040 makes its way through the Statehouse, and Hamilton Township inches closer to consolidation of their fire districts, both will also show that government works best when it allows those most effected by its actions to come in and be a part of making our state and communities better.

Lenox Consulting is proud work with the New Jersey FMBA, as well with Locals across the state, including in Hamilton, helping them strategically deliver key messages to residents, lawmakers and the media in the communities they serve.