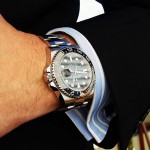 Despite its lackluster performance at the box office, Glengarry GlenRoss’ now legendary “always be closing” speech by Alec Baldwin introduced many to a sales philosophy rooted in the idea of getting the deal done, no matter the cost beyond that which can easily be measured in dollars and cents. Creating the opportunity to flaunt your nearly seven figure salary was as easy, Baldwin’s overly aggressive character surmised, as “ABC.”

As the years passed and opportunities to build connections through online platforms such as LinkedIn, Twitter, and Facebook were born, a new paradigm emerged that can be summarized as “always be networking.”

With the new year now in full swing, and under the gun to make changes that will make 2017 an even better one than 2016, I am more determined than ever to forgo both of these, and stick instead with another tried and true strategy that is also as easy as “ABC”, “always be connecting.”

Throughout my career I have found that opportunities to make the most of relationships, from a professional standpoint, have only been as good as my ability to truly “connect” with colleagues, clients or contacts. Does this mean I’ve liked everyone I’ve ever worked with, or more importantly that they’ve like me? While I’m not inviting comments on this question I know that the answer to this is a resounding “no”!

So what does it mean to “connect”? At the most basic level, as a co-worker or supervisor, you don’t “connect” with someone by eating the obligatory piece of birthday cake or joining in the office Super Bowl pool out of necessity but instead out of desire. Likewise, as a service provider, vendor or consultant, you don’t “connect” with a client by helping their kids with their school assignments, sharing meals with them, or attending their family gatherings (all things I’ve done), because you feel that you have to, but rather because you truly want to.

In the seven years since starting Lenox Consulting I have truly enjoyed getting to know our clients, ranging from first responders to lawyers, startup founders to property developers, making for a diverse range of personalities that has ensured no day of reporting to work is dull! Once again 2016 proved that some of our most productive time is spent not writing press releases or pitching an event to reporters, doing social media updates or preparing talking points, but rather just spending it with clients, listening.

Connecting with someone doesn’t mean telling them what you think they want to hear, or what you want to tell them, but rather engaging in meaningful dialogue to develop the best possible response. As communications professionals, we take Stephen Covey’s lesson that “most people do not listen with the intent to understand; they listen with the intent to respond” seriously, and use this as a framework for how we approach our client’s needs and conversations with them.

Recognizing that in this age of modern technology a client’s message can be deployed, misinterpreted, revised and redeployed almost simultaneously; Lenox Consulting continues to place great importance on personal interactions and relationships, deftly combining the principles and capabilities of social media with the ability to open doors for face-to-face contact.