Developing a Public Relations Campaign in The Era of Fake News 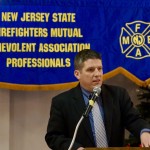 I recently had the opportunity to stand before nearly 200 professional firefighters, members of the NJFMBA, to talk to them about “fake news” and how to combat it. The opportunity came about in the midst of the union’s ongoing efforts to bring about much needed change to a broken, and nearly broke, pension system, that causes these local heroes to worry about whether the retirement savings they have worked hard for will be available to them when they retire after decades of running towards emergencies others run from.

Fake news, in its simplest form, is anything that’s put out to a wide audience, whether verbally, in print, or online, that isn’t true. While these stories can add levity to an otherwise bleak online session scanning the headlines, they can also stir unneeded controversy, push people away from reasonable debate, and force important issues, like the one we were discussing that day, into the background and away from meaningful solutions.

This trend is not a new one. We have long been subjected to checkout counter headlines of alien births, new theories related to celebrity death mysteries, and a host of other salacious tails. Weird Al even sang about fake news in 1984’s “Midnight Star.” The difference today is the opportunity for anyone to create and distribute their own made up stories with just the click of a few buttons, and the impact that expansive access can have.

Through much of 2016 Presidential Election, and in the weeks that have passed since, considerable time has been spent by political “insiders” decrying the prevalence of “fake news” and the outcome some of the sensational, yet totally not based in fact, stories may have had on the eventual outcome of the race for the White House.

A chart by Statista, shared by friend and colleague Matthew Krayton, showed that more Facebook users engaged with “fake” news in their feeds than “mainstream” news. There is no disputing that the more outlandish the story, the more eyes that were driven to it. Let’s be real about it though, who among us hasn’t been drawn to “clickbait” every once and a while? For many of us who keep a smart device within reaching distance at all times, clicking away, regardless of the veracity of the content, is similar to getting absorbed into another mindless episode of “Friends.” A brief escape from reality.

The concern, I would suggest, is not so much in the content itself, but in the ability of readers to quickly analyze and digest what’s real and what’s not, and for the campaigns the fake news effects to respond quickly and effectively.

In a recent contribution to the Jersey Journal, former New Jersey Assemblywoman, and still highly respected community leader, Joan Quigley, offered her voice on fake news, and the difficulties with ensuring “truth in news reporting.” Her offering that dealing with fake news, and embracing the idea “if it sounds too bad to be true, it probably is,” is simple and straightforward, and not too far off the mark.

One must also question the source. Say what you will about the “mainstream media”, but it seems pretty reasonable to believe that if Hillary Clinton was in fact running a child pornography ring, if the Pope had truly offered an endorsement of the Republican nominee, or if Donald Trump had in fact succumbed to a fatal heart attack just weeks before the election, one of the major outlets would have known about it first. The reality is the guy in his basement whose online contributions link back to advertisements offering opportunities to get rich quick or  lose stubborn belly fat probably doesn’t have the research team to crack the big story!

Readers can also be pretty sure that a reputable news source isn’t going to ask for your personal information: credit card, home phone, social security number, to access their story. Of course, in this time of heightened cybersecurity vigilance, if you’re still falling prey to this there’s a prince with a large inheritance that needs your help. 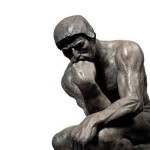 Utilizing basic critical thinking techniques also becomes important when deciphering what’s real and what isn’t. Critical thinking, or “the ability to apply reasoning and logic to new or unfamiliar ideas, opinions, and situations,” has been studied and written about exhaustively over the years, and while most experts will agree that it is a skill that can be taught, the debate ensues about when, where and how to do it. Our current environment almost requires us to consume news minute by minute, and with the rapid fire of new headlines makes it difficult to spend appropriate time developing an appropriate, if only internal, analyses.

With the acknowledgement that “fake” news is here to stay, the question, in the context of executing a successful public relations strategy, is how to combat it before it has a chance to stifle the chances of your project, policy or product from reaching its potential. The answer, in theory, is simple: put out the truth. In practice, this becomes more complicated and requires the sort of expertise that Lenox Consulting has worked hard to develop and delivered in a variety of areas over many years.

First and foremost, an expert can ably prepare a message that matches the client’s individual voice, and is understandable to the intended audience. Possessing the know how to distribute the story through traditional means, as well as through new media channels is also critical. Simply put, you can’t counteract fake news if no one is reading your truth.

The fake news you may encounter, as well as the resources and strategy you’ll have to expend to counteract it, will be commensurate with the size of the audience your case touches, and should be considered carefully before embarking on any campaign.

Finally, a reliable and honest communications expert, working within a code of integrity, will prove to be an integral, and long-term part of your team and efforts to make sure your story is articulated outside the spotlight of fake news and disingenuous communications.

Great job Steve Lenox in passing on this critical information. Thanks for keeping us informed