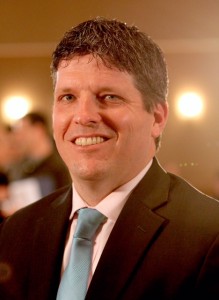 Prior to launching Lenox Consulting, Steve served as state director to New Jersey’s senior U.S. Senator, Frank R. Lautenberg, where he was responsible for managing all aspects of the Senator’s offices in New Jersey. It is during this time that Steve gained a unique and extensive understanding of the federal legislative and appropriations process and helped communicate the Senator’s legislative priorities in subject areas such as transportation, the environment and the economy to voters, issue-oriented organizations and key constituencies across the Garden State.

Steve’s background also includes three and a half years as legislative affairs coordinator for the New Jersey State AFL-CIO, an umbrella organization of over 1,000 affiliated local unions and more than one million members. In this position, Steve was responsible for crafting communications and coordinating events, and was often called upon to testify before the New Jersey Legislature on bills of importance to the organization’s membership. Steve continues to maintain close relationships with many of the state’s top labor leaders, an asset critical to his ability to access a diverse network of policymakers, community leaders and business interests. His more than ten years in local, state and federal government is commenced with time as chief of staff to Assemblywoman Linda Greenstein and in a variety of positions with New Brunswick Mayor James Cahill.

In addition to his work experience, Steve has also provided counsel and keen insight to numerous political campaigns at every level, and for six years led Democrats 2000, New Jersey’s largest and most successful organization for young professional Democrats.

In 2012 Steve was elected to serve as President of Irish Network USA, a networking organization committed to engaging the Irish Diaspora across the US and offering them tangible opportunities to “invest” in Ireland through business, culture, education and sport. Under Steve’s leadership, INUSA has grown to 22 chapters, developed an extensive social media and online profile, held three successful national conferences, and become integral partners in the Irish government’s efforts to stay connected to the “Global Irish”. In this role, to which he was reelected unanimously in 2016, Steve is proud to have participated in key events such as the Global Irish Civic Forum, the Global Irish Parliamentarian Forum and the Global Irish Economic Forum. Steve is also a proud member of the New Jersey Business and Industry Association (NJBIA), the American Ireland Fund’s Young Leaders and the Cork Chamber of Commerce in Ireland.

Through each of these positions Steve has developed a meaningful network which extends through every level of government, business, the non-profit sector, the labor movement and academia, and he is often sought after for his ability to “connect the dots” and bring about solutions to complex issues through mutual understanding and partnership. In 2009, he was recognized by PolitickerNJ as one of New Jersey’s most politically influential personalities and lauded by the Irish Echo as one of “the very best Irish America has to offer.”

A dual citizen, Steve has also built an extensive network of government and business leaders in Ireland, where his wife Aoife owns and manages a successful small business while sons Conor, Cian and Dylan attend school.